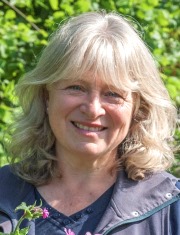 Anne Swithinbank
Anne Swithinbank is a horticulturalist, writer and broadcaster, and currently a regular panellist for BBC Radio 4’s Gardener’s Question Time. Anne was Glasshouse Supervisor at RHS Wisley for 5 years, before going freelance in 1986, she is a presenter on BBC Gardeners’ World alongside Geoff Hamilton. Click for more info...

“Anne is very professional and an absolute pleasure to work with as well as to listen to. Her warm and friendly manner makes it easy for anyone, gardener or not, to engage and learn something new” – RHS London, Autumn Garden Show

Anne Swithinbank is a horticulturalist, writer and broadcaster, and currently a regular panellist for BBC Radio 4’s Gardener’s Question Time.

Beginning her career at Bexley Parks department, Anne then spent the next three years studying at Kew, leaving in 1979 with a Kew Diploma in Horticulture.  Two years as foreman propagator at Epsom parks was followed by five years as Glasshouse Supervisor at RHS Wisley, before going freelance in 1986 with a mix of small landscape and garden maintenance projects, giving talks and appearing as a presenter on BBC Gardeners’ World alongside Geoff Hamilton.

Anne’s TV career began when Channel 4 came to film ‘Gardeners’ Calendar’ while she was working at Wisley.  She was spotted by one of the Gardeners’ World producers, landing her role on the hit series.  Other TV work followed, including ‘Bloom’ and ‘Gardens of the Caribbean’, both for Channel 4.  She was a guest on The Beechgrove Garden Story for BBC Scotland in 2018.

Anne has written many books, including ‘The Conservatory Gardener’, ‘No Time to Garden’ and ‘The Greenhouse Gardener’.  In the 1990’s, she was gardening writer for The News of The World for 5 years and has written for numerous magazines, currently Amateur Gardening, Candis, Grow Your Own, and Gardeners’ World Magazine.  She also writes the quarterly gardening newsletter for Quilter Cheviot.

For the last 23 years, she has been a regular panellist on BBC Radio 4’s Gardeners’ Question Time. For this, Anne travels all over the country, from Cornwall to Shetland, where audiences have invited the panel to answer their gardening questions.  The panel don’t see the questions in advance, so this is always something of an adventure!

Anne is frequently in demand to speak at garden societies, RHS festivals and events around the UK including BBC Gardener’s World Live, Countryfile Live, and Eden Project’s Green Fingers Festival.

For the past 19 years, Anne has lived in East Devon with her husband (a fellow ‘Kewite’) and two children, now in their twenties.  The garden of nearly two acres full of plants and wildlife acts as hobby, playground, workshop and larder.  When not gardening, Anne will be out tending or riding her horse, sea swimming in summer, or attending Torquay Museum Society lectures in winter.  She is patron of Lyme Regis Town Mill and The British Cactus and Succulent Society 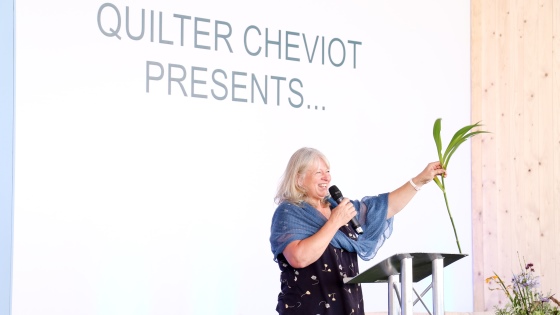 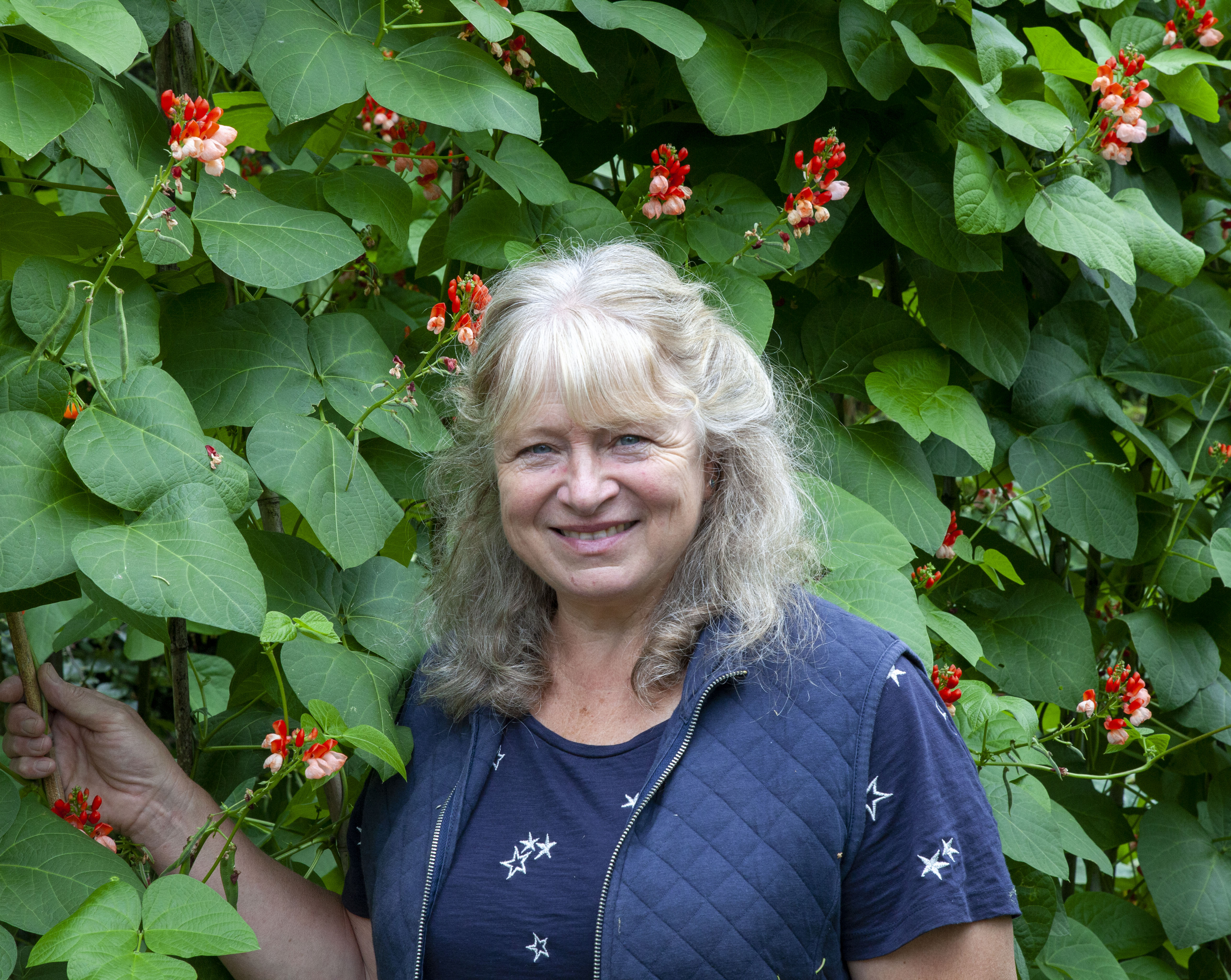 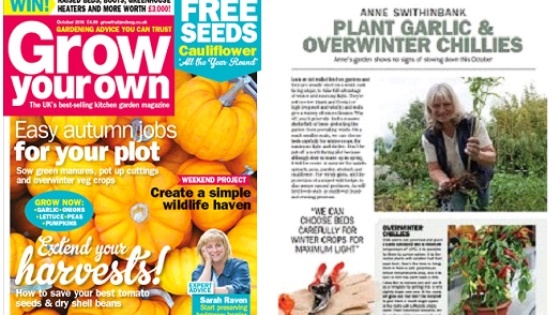 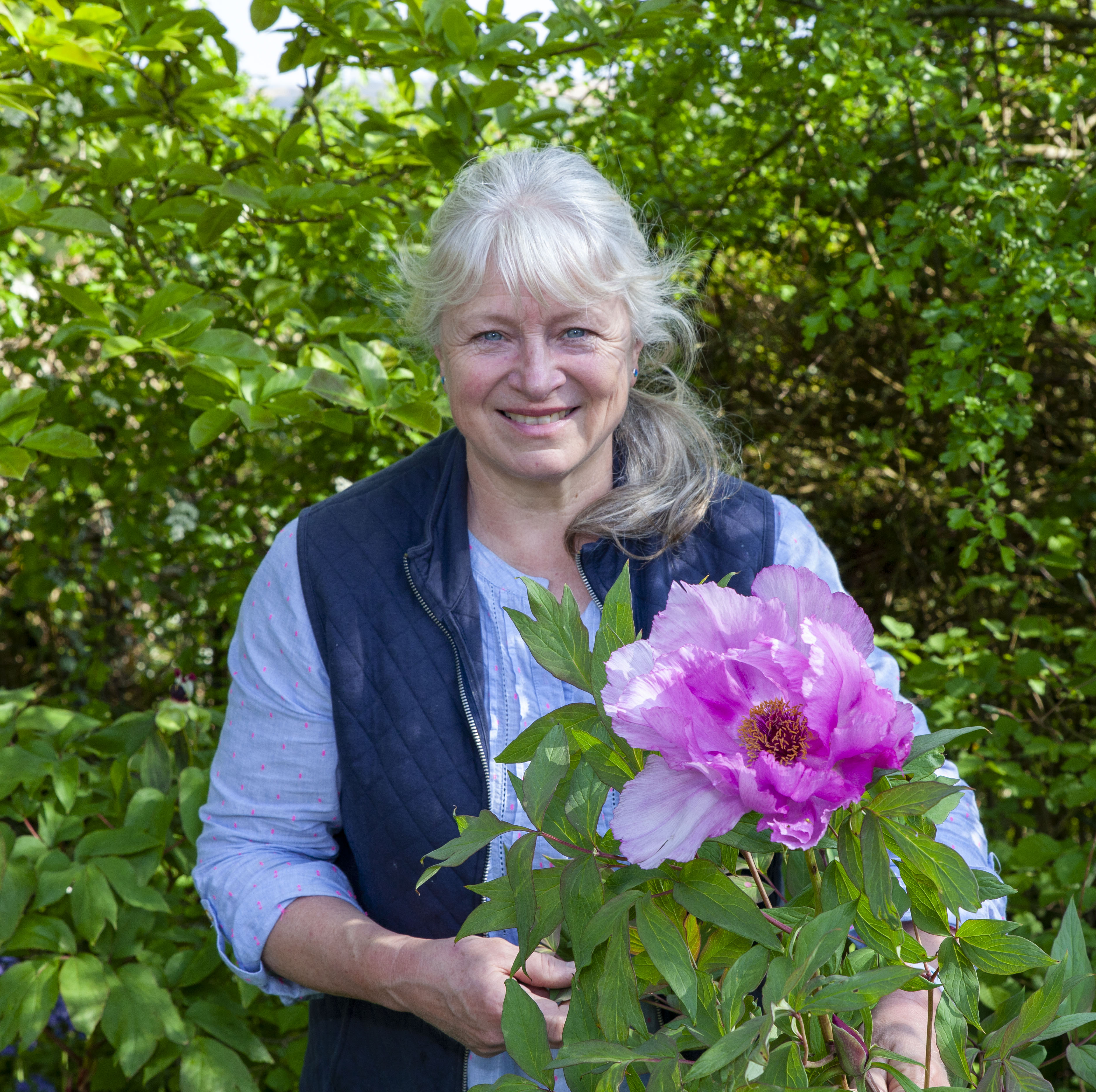 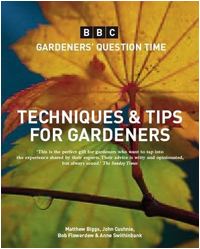 BBC Gardeners' Question Time
'GQT Techniques and Tips' brings together the wisdom - and wit - of four of the 'Gardeners' Question Time' panellists, providing novice gardeners and experienced amateurs alike with advice on everything from planting to pruning, from building a pond to lining a hanging basket. With copious experience of listening to gardeners' questions, the panellists anticipate every necessity of the gardening calendar and every stage in the process of reaching your garden's full potential. Encouraging you to clear sites for ponds and raised beds, rejuvenate plants with pruning, protect against infestation and much, much more, this store of professional tips and techniques will make you an expert in no time.
Anne's Videos
Anne Swithinbank at The Quilter Cheviot Theatre, BBC Countryfile Live 2017