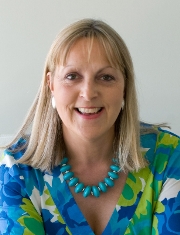 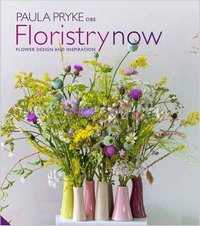 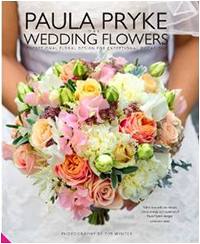 Floristry Now: Flower Design and Inspiration
The defining characteristic of Paula Pryke’s work is her consummate use of colour and structure – her bold colour choices first brought her to attention when she started out, and throughout her career she has never failed to challenge and excite. Where Paula leads, others follow.

In this invaluable book Paula shares her design secrets. Above all, she shares her many wonderful designs with the intention to inspire and inform the reader:

'Over the years I have worked with flowers, I have trained a lot of staff and taught many who wanted to work with flowers. Most people just love and have a passion for flowers, and imagine that a life spent with flowers will be utopia. In fact, working with flowers is a lot more complicated than it first appears. It requires many skills beyond just being artistic and over time I have tried to define what it is to be a great floral designer. In this book I examine the way you need to see flowers to truly understand them and to create flower arrangements that don't just look great, they make someone's heart skip a beat.'

Paula Pryke Wedding Flowers: Exceptional Floral Design for Exceptional Occasions
Paula Pryke has been helping couples plan weddings for nearly 30 years and this sumptuous book distils her talent as one of the most sought after wedding florists into a unique and invaluable aide to planning your own day. In this book, Paula will guide you through every decision from the choice of theme to the selection of individual flower varieties to, offering many ideas along the way. The Wedding Flowers section leads you through the different flowers that form the key choices for many couples giving information on varieties and history from orchids and roses to sweet peas and daisies. Wedding Themes considers different style approaches, from exploring palettes such as classic white or hot pink, to a do-it-yourself vintage approach, a garden decorated for a summer evening reception, or a glamorous hotel ceremony. Floral Decorations gives you a host of ideas for decorations you will be choosing for your big day, from bouquets to buttonholes and headdresses for the flower girls. There are ideas for decorating the venue from floral arches to pew ends. For the reception afterwards there are ideas for table decorations, chairbacks, napkin details and cake toppers that will all set the stage for a wonderful celebration. For those who want to create their own arrangements, 29 step-by-step projects for bouquets and arrangements will give you all you need.
Paula's Videos